The Appeal of a Mini-Game

So I’ve got the demo ready to go now!  I’ve sent it off to the first wave of people – hoping to get some good feedback from everybody.  If you’re interested in playing it, feel free to drop me a line at [email protected] and I’ll be sure to send it your way!

Over the last couple weeks, I’ve been trying to add some bonus content to The Adventures of Chris – filling out the Kingdom of Lost Balloons, the game’s central “town” area.  I’ve even added a mini-game!

You see, in the original, pixel-art version of the game, I had a level very early in the game that people called the “bird level.”  It was remarkably challenging for what was essentially the third level in the game, and a lot of people got frustrated to the point where they quit playing at that level – before they’d even reached the World Map!  I smoothed it out significantly with later builds, but it still felt like a lot to put players through that early on.

Well, I aim to fix that in the new version.  I’ve greatly shortened and simplified the first several levels of the game, trying to streamline the difficulty curve a bit.  So the “bird level” is radically shortened.  Unfortunately, I kind of like the bird level.  I liked the challenge of it.  So I’m bringing the bird level back, but as a completely optional mini-game. 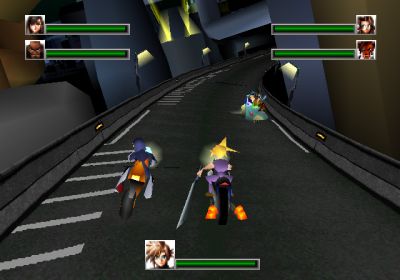 But mini-games don’t have to be random or overly difficult.  They can fit in with a world well.  And they have advantages!  Mini-games provide additional variety of experience.  They can reward exploration.  They can add optional challenge for players that like that kind of thing.  They help flesh out a game’s world.  (Final Fantasy XIII really could’ve used some.)

So adding mini-games is a risk, but they have potential rewards.

So we’ll see how the demo players react!  Hopefully it enriches the world, and adds some additional fun for players that want it.