Getting That Metroid “Screw Attack” Feeling

Remember how it felt to get the Screw Attack in the original Metroid for the NES?  Being able to suddenly buzz-saw through enemies simply by jumping at them was a huge rush.  After a long game of dodging and shooting basic bad guys from a distance, to be able to suddenly rip through them without breaking a sweat is dramatically empowering.

For me, it may be one of the most satisfying gaming moments of my childhood!

But is it possible to replicate it?  Since I’m designing my own adventure platformer (Adventures of Chris), I really wanted to achieve a portion of the satisfaction I felt back then.

So far, it’s turned out to be remarkably tricky.

However, for the time being, I thought I’d share some of the ways I’ve found NOT to achieve it – or, at least, achieve it incompletely!  Hope this provides some insight to those trying to tackle a similar challenge 🙂

1. Start the Player Off VERY Weak

Maybe, I thought, the secret is in the contrast between the before and after.  What if I start off my player very weak at the beginning of the game, so getting new abilities will be more satisfying in comparison?

I’d be careful with this!  For Adventures of Chris, I made Chris absurdly pathetic at the very beginning of the game – barely able to jump at all, etc.  However, this isn’t a lot of fun to play – so if you do this, it’s important to make it as short as possible – and also to send lots of signals that this is a quick introductory sequence and NOT the way the game will play forever.

The longer you deprive the player of feeling powerful at all, the more frustrated they’re likely to feel.  I think about certain Zelda games that deny you a sword for a long time, for example. Yes, it’s satisfying to finally get the sword – but at the cost of too much frustration beforehand! 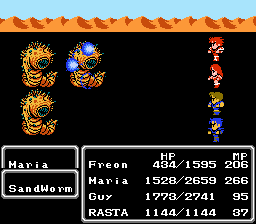 Numeric stat increases can certainly help make you feel powerful from time to time, but without a real sudden and dramatic increase it can be hard to approach that “Screw Attack” feeling.

Arguably, one of the main reasons for relying on incremental, numeric adjustments is to offer continual rewards to the player (and it works for a lot of games, e.g. JRPGs), but it’s a long way from the sudden empowerment I’m looking for.

Have you ever received a powerful new ability in a game, only to realize it was attached to a limited resource (magic bar, bomb bag, etc.)?  That really puts a damper on that incredible feeling of empowerment!

The Screw Attack, by contrast, has no limitations at all – it can be used infinitely.  That’s one of the reasons it makes you feel so powerful!

To this end, I tried to give Chris some abilities that don’t have limitations.

Chris can perform his belly-flopping, monster-smooshing “Super Bounce” move at will, for example.  As a result, I’ve had the occasional player express the feeling I’m looking for – “Wow, I feel so powerful!”  So “that Screw Attack feeling” can happen, at least to some extent!

But after that initial burst of satisfaction, many players will frequently forget the move even exists and go back to their standard repertoire.  I’ve noticed that I do this myself when I’m playing games.  So what gives?

I’m starting to think this may be the key to the Screw Attack feeling: the Screw Attack overwrites Samus’s standard jump.  The Metroid player doesn’t have to learn anything new really – their normal jump is now weaponized!  If there had been any friction in using this new ability (button combinations, modes, etc) it’s likely that many players would eventually forget it.

Watching playtesters play my game, I’ve noticed they tend to focus on the smallest number of abilities they can at any one point.  If they can get through a level by jumping and shooting only, that’s good enough. I do this myself when playing Smash Bros, for example. I feel most players find what ability set works for them, and stick to it.

You can, of course, force the player to use the new ability by designing levels that require it – but an ability that the player requires is a lot less viscerally satisfying than an ability that makes the player feel overpowered.  There’s a huge emotional difference there.

Have I found that Screw Attack Feeling?

So recreating the “Screw Attack” feeling turns out to be a lot trickier than I initially thought.  I can’t claim to have solved it, but if you ever do get a chance to playtest Adventures of Chris I’ll be very curious to hear if you ever felt empowered.

And of course, any suggestions for how to accurately reproduce that wonderful surge of joy players felt in Metroid back in 1986 are welcome!